Knowledge of casting defects and what causes them is an essential part of managing casting quality. High-quality foundries avoid pitfalls that cause casting defects.

Casting defects in a finished product can occur due to defective pattern design, improper melting of metal, defective molding material, or improper venting. Defects can also occur due to control limitations or human interference.

Quality foundries use inspection methods, often radiographic or ultrasonic, to ensure your finished product is defect-free. Ermak Foundry & Machining not only maintains rigorous inspection standards but has the expert staff and high-end equipment to ensure your casting quality is second to none.

Curious about what a great casting can do for your application? Get in touch with us today! 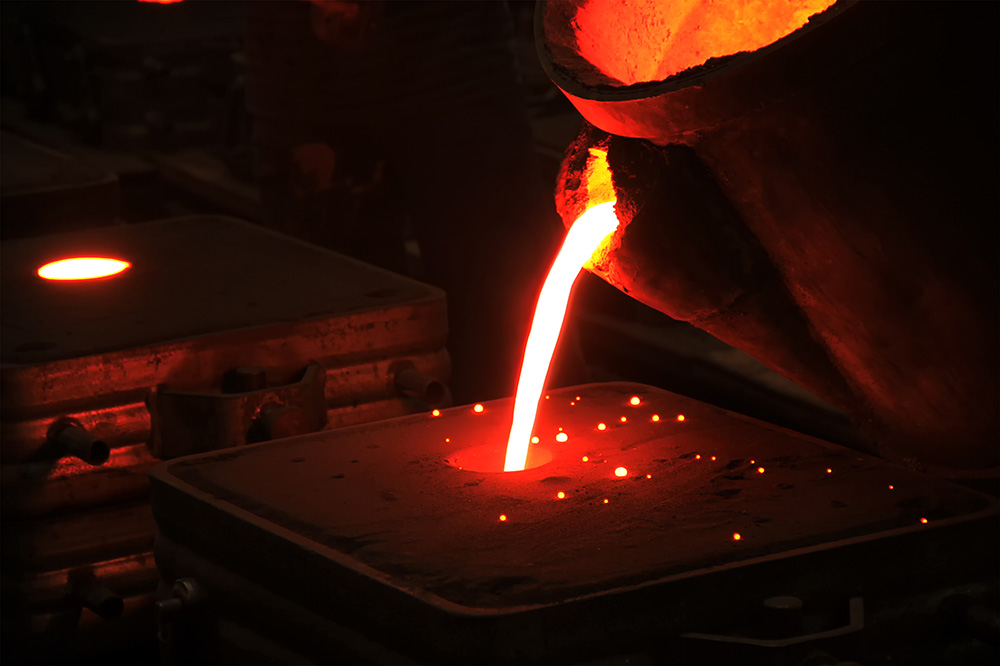 CASTING DEFECTS RELATED TO GAS POROSITY
When a metal retains gas during casting—most often, nitrogen, oxygen, or hydrogen gas—porosity results. Bubbles occur as the casting cools and solidifies because the solid version of the metal cannot store as much gas as the liquid form. These bubbles show on a casting as rounded cavities or holes. 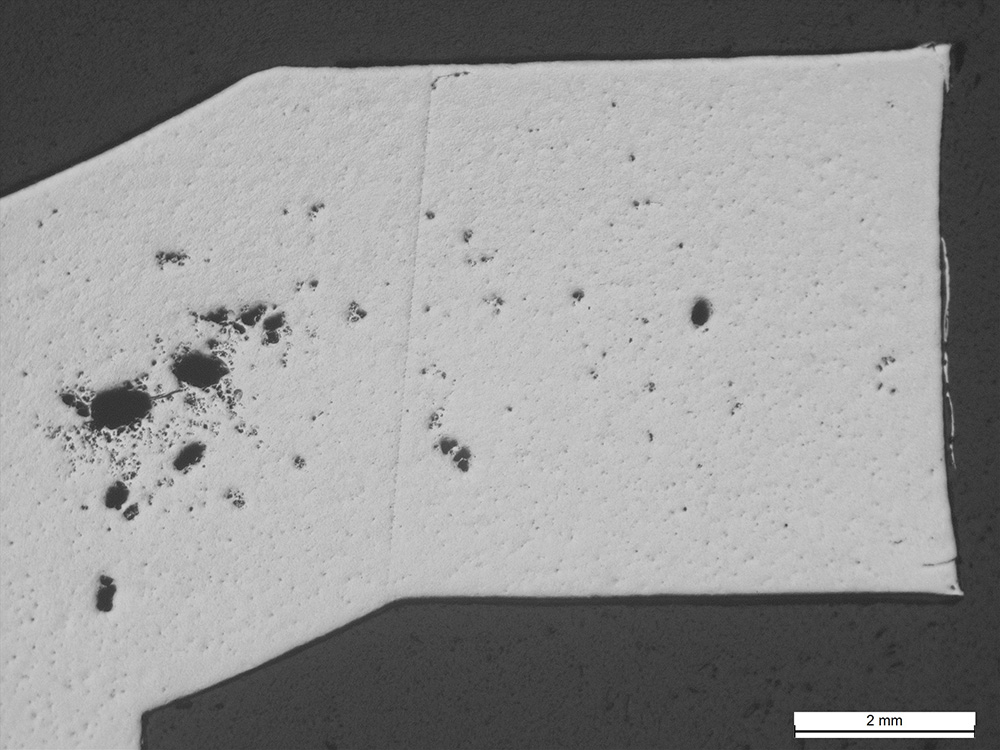 Pinholes – Pinholes are tiny gas holes (about 2 mm) either at the surface or just below the surface, usually found in the cope (upper) part of the mold, in poorly vented pockets. Pinholes are more or less uniformly dispersed over the surface and occur in large numbers.

Blows – blowholes or gas holes are larger cavities than pinholes produced by gases that displace a molten metal’s form. Excessive gas content in the metal bath and the rejection of dissolved gases during solidification create holes between growing crystals. A subsurface blowhole usually isn’t visible until after machining and can require harmonic, ultrasonic, magnetic, or x-ray analysis. Open blowholes are blowholes that appear on the surface of the cast.

Scars – Caused by improper permeability or venting, a scar is a shallow blow. It typically occurs on a flat surface.

Blisters – A blister is a shallow blow like a scar, but with a thin layer of metal covering it.

Scab – This flaw arises in sand casting when a part of the mold’s face breaks down, and metal fills the resulting cavity. When metal pours into the cavity, the gas may disengage with enough force to break up the sand. The sand washes away, leaving the space filled with metal.

Core Shift – A core shift is a defect due to the buoyancy of molten metal that causes the core of the cast to move from its correct position.

Mold Shift – A mold shift is caused by the mold cope itself shifting sideways relative to the drag. This shift results in a step or indent in the final cast at the parting line.

Drop – A drop is an unevenly formed protrusion on a casting’s surface. The mold sand breaks away due to insufficient packing, poor molding sand strength, faulty molding equipment, or strong jolts and impacts at the flask during mold assembly, creating this problem. Loose sand that falls into the cavity will also result in a dirty casting surface, either on top or bottom of the casting.

Metal Penetration – Penetration is a crust of fused sand on the surface of a casting. Some metal will flow between the sand particles for a distance into the mold wall and solidify if sand packing is inadequate. The metal lump will remain attached after removing the cast.

Rat tail – Rat tails and buckles are irregular lines or cracks on the casting surface. A rat tail is a long, shallow, angular depression in the surface and resembles a buckle, except it’s not shaped like a broad vee.

Buckle – Buckles are a more severe form of a rat tail. A buckle is a long, broad, shallow depression that occurs in the surface of flat castings. It extends in a straight line across the entire flat surface.

Wash – A wash or cut is a low projection on the drag face of a casting that extends along the surface, decreasing in height as it extends from one side of the casting to the other end.

Hot Tears – Hot tears/cracks appear as irregular crevices with a dark oxidized fracture surface. They arise when the solidifying metal does not have sufficient strength to resist tensile forces produced during solidification.

Shrinkage – A shrinkage cavity is a depression in a casting resulting from the volume contraction during solidification.

Swell – A slight, smooth bulge usually found on vertical faces of castings resulting from liquid metal pressure. It might be owing to the mold’s insufficient strength, possibly caused by a high water content or a lack of ramming.

ERMAK—for ALL of your aluminum casting and machining needs.